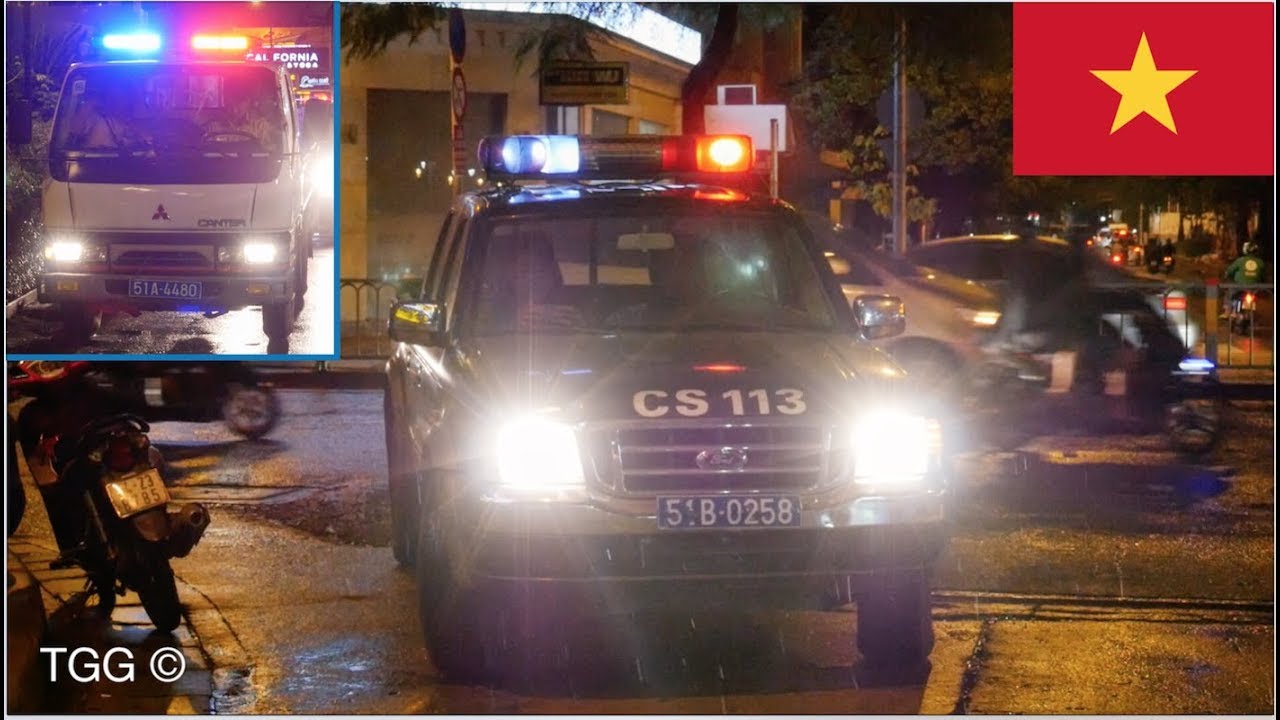 Captured here are two police units on patrol duty in Ho Chi Minh City’s District 4. The dark Ford belongs to the ‘113 police’ (Cảnh Sát 113 or CS 113 in Vietnamese), an emergency response unit within the Ho Chi Minh City authorities. 113 is the emergency hotline for the police in Vietnam, and ‘113 officers’ are the online police unit to respond to such emergency calls in the city.
The second unit is a truck with the traffic police (cảnh sát giao thông) used mainly to collect and transport seized motorbikes.

– Filmed With a Panasonic LUMIX GH4 –

NOTE: All videos are filmed and owned by myself! – TGG ©