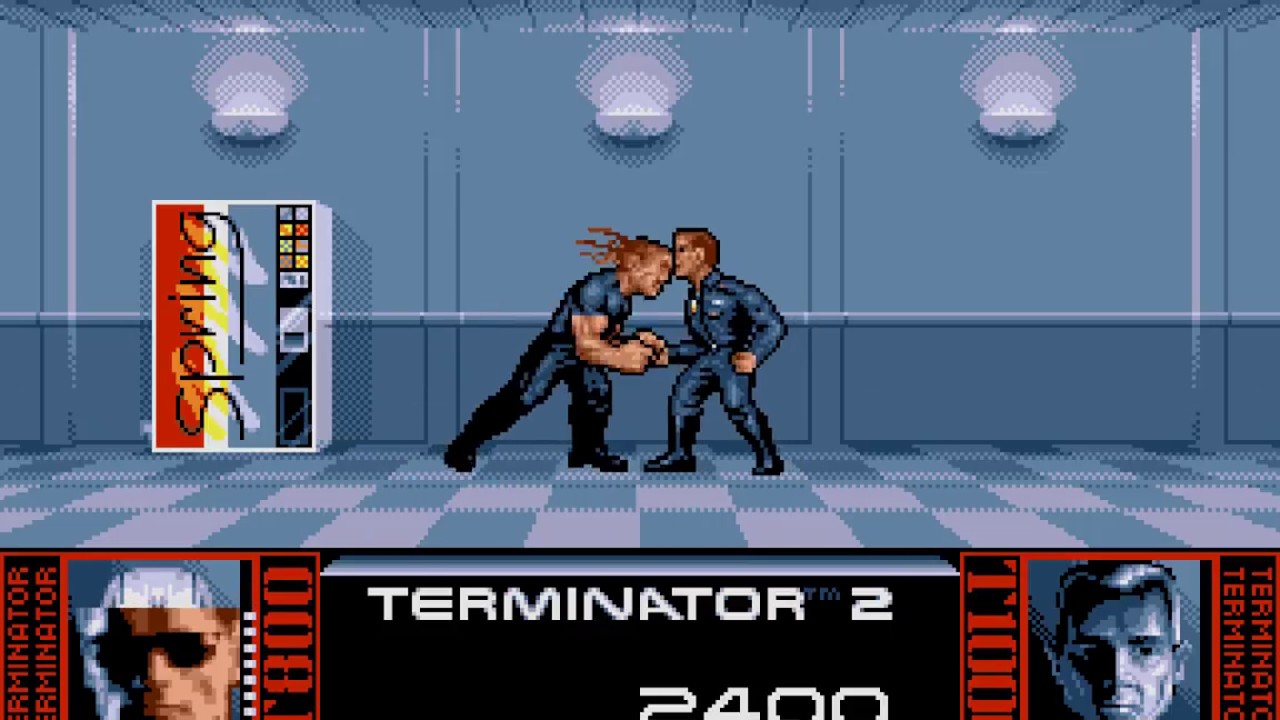 A platform game with top-down perspective levels that was published by Ocean Software based on the earlier NES version by LJN. The game was released in 1991 for the Amiga, Amstrad CPC, Atari ST, Commodore 64, DOS, and ZX Spectrum. Each version features very similar levels. Versions of the game for the aging Commodore 64 and ZX Spectrum featured very primitive graphics, compared to the other platform releases. The game is loosely based on the film of the same name. The objective is to save the leader of the Human Resistance, John Connor, and his mother, Sarah, from the T-1000, a mimetic poly-alloy Terminator, bent on killing them both. -wikipedia

The game consists of several actions parts linked together. All parts are different, each resembling typical games of the genre (for example: 1st level is like a side-view beat ’em up). Between each level a small cutscene from the movie is shown. -mobygames
—
Terminator 2: Judgment Day movie ©1991 Carolco International N.V. All Rights Reserved
—
Want to support? Become a Patron! –